And Other Things I’ve learned As a Bachelor -Part 42

I caught a Lemon Shark once. I put it in my salt water pool and added a generous amount of tequila. It died.

Where’s a Nurse Shark when you need one.

If you ever have to fight a shark don’t invite it to a cage match.

A Tiger Shark has no sense of fashion.

Hammerheads have been known to drink too much. …Fish!

I know, undeniably, that sharks do not live in the Great Lakes.

That, however, does not prevent me from peeing myself every time a piece of seaweed

Just like two guys with the same name may not get along, neither will Bull Sharks and Bulldogs. “Sorry Angus! Who knew?!

Originally posted on Mitch Teemley: “Friends say to me a lot, ‘Monogamy is not natural.’ And I always, say, ‘Well, neither are toilets, but when you don’t use them, things get very messy.’” ~Andrew Gurland (creator of the TV series Married) My wife and I are known for having a strong marriage. And it’s true,…

via Monogamy Is Not Natural! — Mitch Teemley

There is no Death. Although you may die.

But don’t take no lives.

Rise Up. Rise up!

This too shall pass.

And you shall inherit, “at last, at last!”

Too sting and fly,

Your’ women are prophets

And Other Things I’ve learned As a Bachelor -Part 66

I pet a shark once. It smiled at me and swam away. I believe we are off to a good start!

A fight with a Blue Shark can sometimes be averted if you simply ask, “How are you feeling?”

Sharks do not mistake people for seals when they attack. They know who we are bio-chemically and electrically. They just don’t give a sh!t.

Irons. They’re stupid. In a pinch, hang clothes on shower curtain bar. Turn shower on hot. Spend 10 minutes looking for tv remote -psst- it’s in the fridge. Go back to bathroom. Viola!  Clothes are near mint!

Invest in a good shower curtain. I have a ‘rapey’ one. Whenever I jump in it becomes all ‘touchy-feely’, all huggy. It’s gross.

Invariably, if I have a big date, or a job interview, it is only after jumping out of the shower that I really have to poop.

Tomato soup can save your life. Your life, not mine. I hate the stuff.

I believe that tomato soup may have procreative abilities behind closed cupboard doors.

Whenever I go rummaging I always seem to have way more of them than before.

I have a sneaking suspicion that they are devouring my mushroom soup under cover of dark.

Bachelor Advice: The product below is neither suitable for low fat diets, nor for anyone really.

He Is one of the Greatest

Here’s to my hero

Enough of this body!

Both butterfly and bee.

And now, for an encore

Meteorology is a Science! 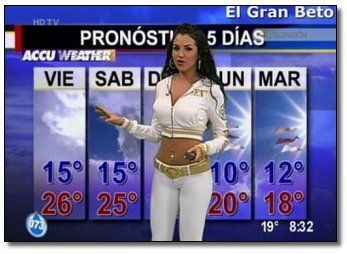 And other things that take some s’plainin’!

So How’s Your Day Going? 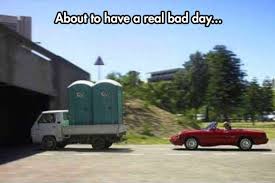 True Stories, gleaned from a variety of sources….

expensively saved animals were released back into the wild amid cheers

and applause from onlookers. A minute later, in full view, they were both

eaten by a killer whale.

A woman came home to find her husband in the kitchen, shaking

the electric kettle. Intending to jolt him away from the deadly current,she

whacked him with a handy plank of wood by the back door, breaking his

Until that moment, he was happily listening to his walkman.

Two animal rights protesters were protesting at the cruelty of sending

pigs to a slaughterhouse in Bonn. Suddenly the pigs (all two thousand of

them) escaped through a broken fence and stampeded, trampling the two

bomb. It came back with “return to sender” stamped on it. Forgetting it was

the bomb, he opened it and was blown to bits.

So, how’s your day going?

Things I Am Thankful For…a -not so comprehensive- List

” I may not be where I want to be but I’m thankful for not being where I used to be.” -Habeeb Akande

As the year draws to close I am reminded of things that I am grateful for.

Feel free to add your own in the comments. I’d like that.